Eleanor Hodgman Porter became a remarkable woman of history, and achieved a rare distinction internationally in the 20th century as an American novelist. With Pollyanna her fictional and uplifting story of an orphaned girl with a sunny attitude, Eleanor H. Porter not only invented the most optimistic literary heroine - glad and cheerful Pollyanna - she created an English-language word that then shaped the world's notion of extreme gladness.

Traveling along Littleton's Main Street, it has become commonplace to look up at the library lawn to see Pollyanna in her jubilant pose, and notice others as well admiring the bronze sculpture. The granite pedestal bears an inscription that reveals the gem of Littleton's history and essential tribute, "Author Eleanor Hodgman Porter (1868-1920) was born and lived in Littleton, New Hampshire. In 1913, she created the cheerful Pollyanna, the world-famous character whose very name inspires an understanding of gladness and optimism."

The Pollyanna book was an immediate success on the best seller lists, and sold over a million copies reaching Europe and the United States in the first year. Other novels by Eleanor H. Porter followed on the best seller lists, her sequel of Pollyanna Grows Up (1915), Miss Billy and Just David. By 1920, there had been 47 printings of the book and the story had been made into a Broadway play and Hollywood movie.

Through news clippings and public information, one gets a sense Eleanor H. Porter maintained her own bright outlook, and was positively sentimental about her hometown, Littleton New Hampshire. Several commentaries suggest that she borrowed the landscapes and landmarks of the area for some of her story settings, and that Pollyanna's can-do optimism was intently her own.

Littleton Area Historic Society has memorabilia that highlights some of the life and times of Eleanor H. Porter, in her hometown. An interesting item, pictures Eleanor H. Porter as an invited guest for Littleton's Old Home Day in 1916, at Remich Park. Seated on stage, she is the only woman and in the company of eleven other officials and luminaries, including G.H. Tilton, H.L. Heald, Judges Bingham and Sawyer, and Governor Rolland Spaulding.

As a young girl, she was appreciated for her gifted singing voice and often would be invited as a vocalist for community and church social events. She attended local schools, and was tutored at home due to health problems. In an era when women were particularly defined as homemakers, Eleanor H. Porter pursued her interests and talents into a career in the arts. She studied at New England Conservatory of Music, and became part of Cambridge's (Boston) choral society. In 1892, she married local businessman John Lyman Porter and eventually they moved to Massachusetts. Eleanor H. Porter wrote her first novel, Cross Currents, in 1907. Other writings followed, tallying more than 200 short stories and 15 novels, but the best remembered is Pollyanna. Eleanor H. Porter was given national and state recognition as A Notable Woman of New Hampshire, in 1990 by the National Organization of Women.

Although the personality and popularity of Pollyanna eclipses the author even today, the message of the book was never intended to be "blind optimism". About the storybook, "Pollyanna did not pretend that everything was sugar-coated goodness," her creator Mrs. Porter insisted, "instead Pollyanna was positively determined to find the good in every situation." This is the legacy Littleton shares and is continuing as a community since the public/ private partnership and signature unveiling and presence of the bronze sculpture, in 2002. After commissioning the sculpture by NH artist Emile Birch, the Eames Family established an organization for preserving and enhancing this literary heritage. The signage celebrating historic Littleton and author Eleanor H. Porter is sponsored by Pollyanna of Littleton New Hampshire, Inc.

In Littleton, there are several places and ways to become more acquainted with hometown history, and specifically about the author, Eleanor H. Porter and the bronze public art sculpture. Pollyanna of Littleton New Hampshire, Inc. is the official nonprofit organization that promotes, and oversees the use and care of Pollyanna of Littleton as a public attraction, cultural asset, and positive inspiration for the Community and all others 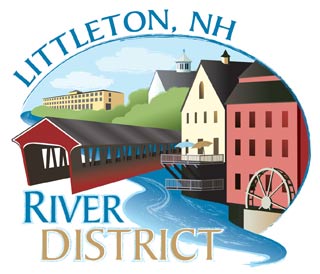 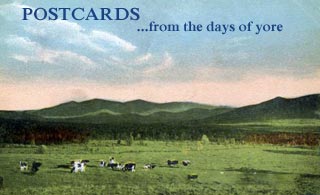 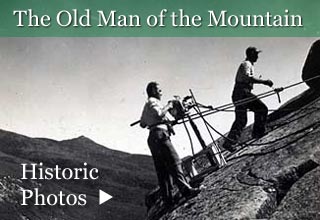